Mylan's Head of commented, "We are excited to present at this year's annual meeting Mylan's rigorous equivalence data that demonstrated sameness between Mylan's Glatiramer Acetate and Copaxone®. The three posters describe the testing and characterization analyses conducted to show comparability in fundamental chemistry, physiochemical properties and molecular pathways between the two products. We believe a world-renowned venue like AAN's annual meeting is the perfect opportunity for Mylan to showcase and discuss the strong science behind our Glatiramer Acetate."

Mylan's data will be presented during the following poster sessions at the meeting and later available in "Neurology," the official journal of AAN.

Full session details and abstracts for the 2018 Scientific Sessions can be found at the website at www.aan.com.

About Mylan
Mylan is a global pharmaceutical company committed to setting new standards in healthcare. Working together around the world to provide 7 billion people access to high quality medicine, we innovate to satisfy unmet needs; make reliability and service excellence a habit; do what's right, not what's easy; and impact the future through passionate global leadership. We offer a growing portfolio of more than 7,500 marketed products around the world, including antiretroviral therapies on which more than 40% of people being treated for HIV/AIDS globally depend. We market our products in more than 165 countries and territories. We are one of the world's largest producers of active pharmaceutical ingredients. Every member of our approximately 35,000-strong workforce is dedicated to creating better health for a better world, one person at a time. Learn more at Mylan.com. We routinely post information that may be important to investors on our website at investor.mylan.com. 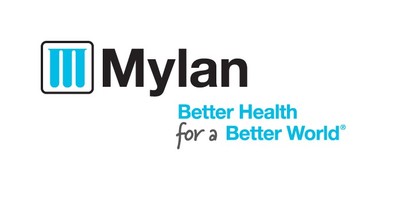 By clicking Continue below you are leaving Mylan.com and going to a third-party site.
Continue
Go back